Most people say that having a mortgage is just a fact of life.

Well, who says you have to listen to most people?

If the idea of paying off your house early seems as impossible as climbing Mount Everest, I want you to know that it is possible. You know how I know that? Because I talk to all sorts of people who have gotten focused and done it. That means you can too!

It will take sacrifice and discipline. But I’m not the only one who knows that it’s worth it. Kasey and Noah, two of our show listeners, agree with me!

Kasey and Noah paid off their house in their 30s. They have two kids, ages 10 and 12, and they live in Minnesota. They’ve got a lot of wisdom to share so that we can learn from their success and be inspired to make progress in our own lives!

How did you get started on your everyday millionaire journey?

A few years before we did Financial Peace University, we were in a desperate spot. I [Kasey] had just come out of a long illness. We did minimum payments on loans, hospital bills, credit cards . . . We convinced ourselves that when we made more money it wouldn’t be a problem. But when we started making more money, we were still broke all the time. A friend of ours invited us to FPU, and that’s when we started to get serious. We did Baby Step 1 and saved $1,000 in one weekend just selling stuff that was in our garage! 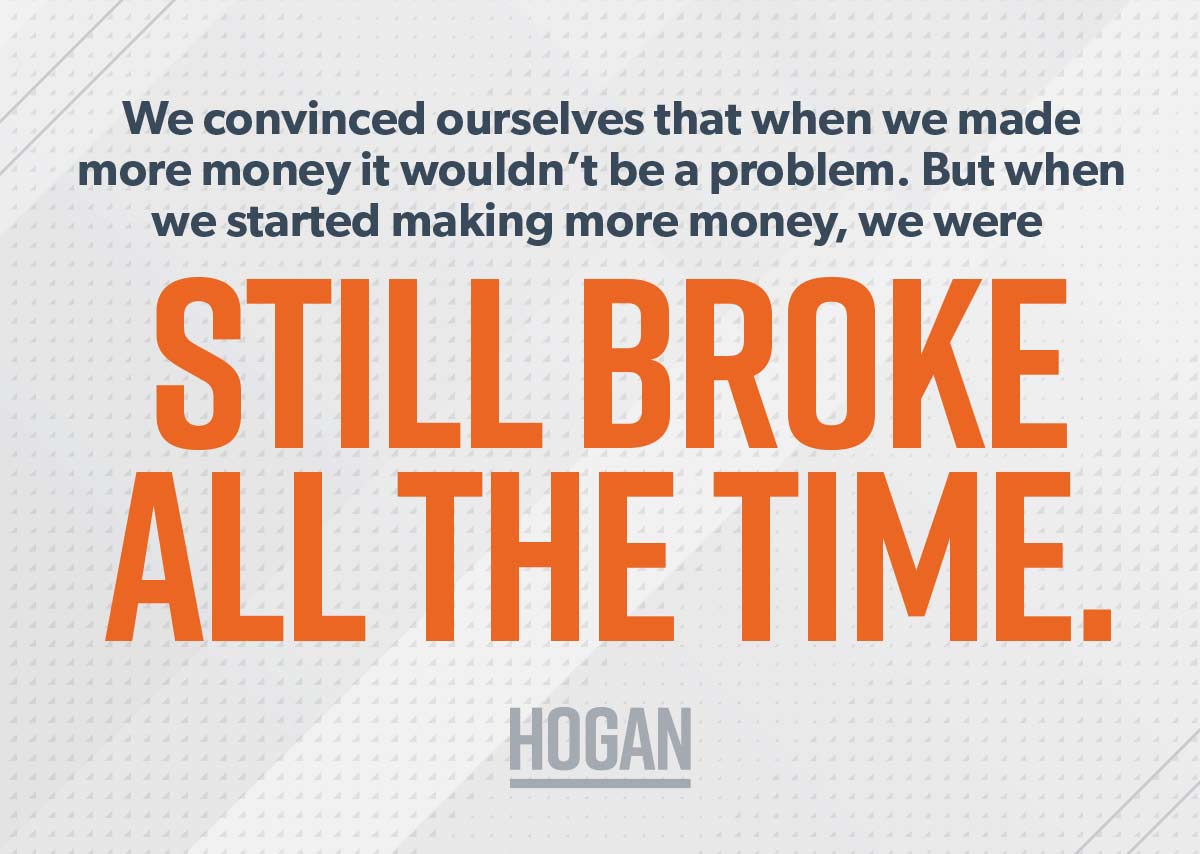 What motivated you to change?

We both grew up in families with financial hardship. We were pushed and inspired to change our legacy for our kids. Now we teach them about giving. They save up their “give” money until they get a big chunk, then we make a donation to the charity that they pick. My daughter loves babies, so she gives her money to a local crisis pregnancy center. Recently, my son donated to a foundation here in Minnesota that helps military families avoid homelessness.

So, tell us about how you got serious about paying off your house. 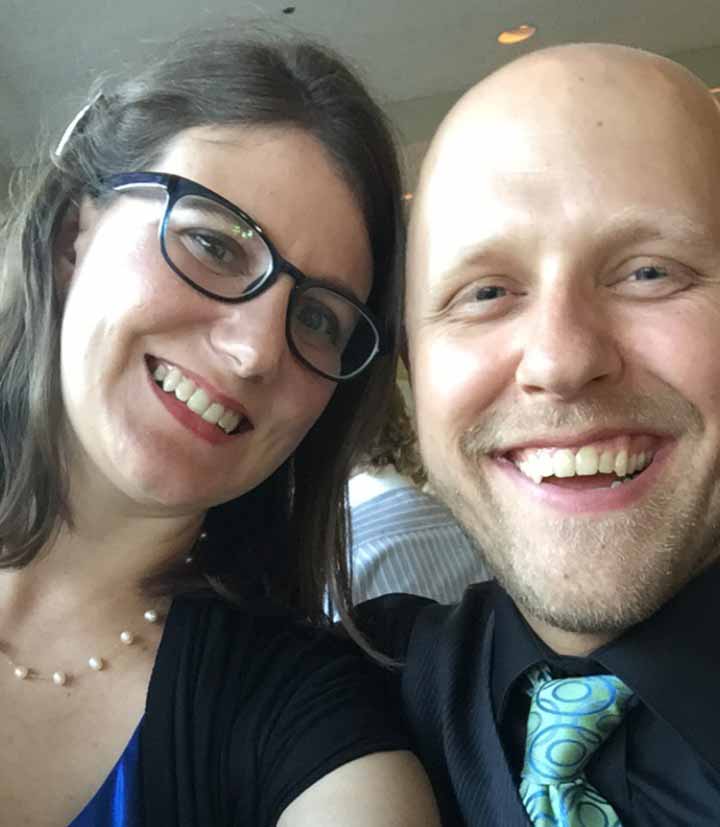 What sacrifices did you have to make to pay off the mortgage early?

We started with every little bit extra paying stuff off. When we actually sat down and realized where our money was going, it opened our eyes to why we were broke! Just on gas station stops, getting pops or energy drinks, we were spending almost as much money as our mortgage.

We cut out gas station stops and eating out, and we bought fewer snacks at the grocery store. My husband downgraded his motorcycle to give us a boost. All of the extra bills that we used to have going to debt, we put toward the house. We kept the debt snowball going.

When did you finally pay off the rest of the house?

In the summer of 2019, we called back in to Chris’s show to tell him we had paid off the house!

What are your goals now that you’re on Baby Step 7?

My husband is about to finish college—his last final is today! We’re going to save up and cash flow him going through PA school. Another goal is to save up and go to Disney. We’ve not been as a family, and I might be more excited than the kids!

And I’ve always wanted to be able to help my family. We’ve had this joke as a family: As long as it doesn’t cost money, I can help you. But now we’re at the point where we can help with money! 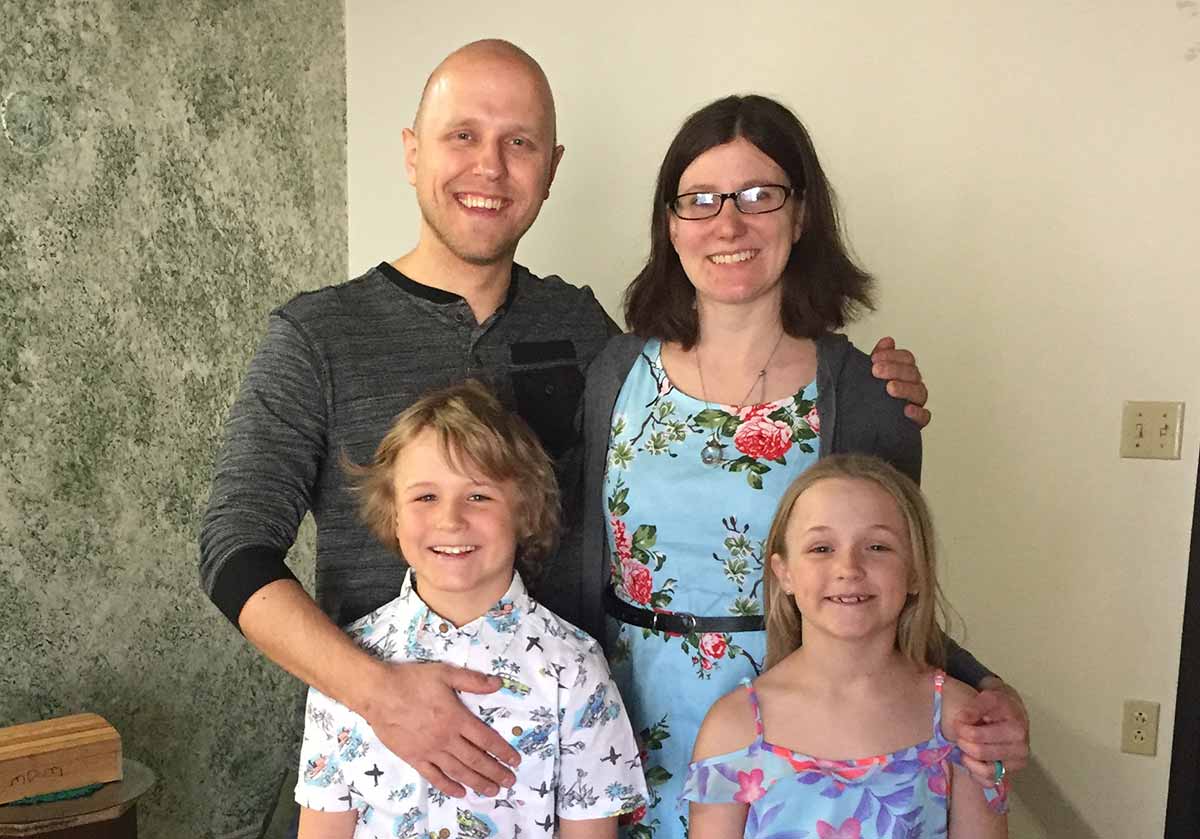 We helped my cousin get his GED and get into college. My grandma had her water heater break, and we could go and help her. Now I don’t have to worry about her being without hot water. If we hadn’t followed the Baby Steps, we wouldn’t be here and able to do this. We also got my sister and brother-in-law to do FPU. Getting to see them on Baby Steps 4, 5 and 6 is exciting. We’re watching them get closer to paying off their house.

What do you want to say to people needing encouragement?

It took us five years to go from not making ends meet to saving up for Disney World and not having to worry about money. Now, we literally feel like different people. Instead of looking at our budget thinking, We need to push here. We need to cut there, now we’re just maintaining where we’re at and seeing where we want to go.

Keep going and you’ll get to a point where it doesn’t feel that hard. I can’t even remember those hard days when I wanted to quit. All I remember is the excitement of seeing things paid off—seeing the account balance go down to zero. The hard stuff you’ll forget. Just keep pushing. It’s worth it. 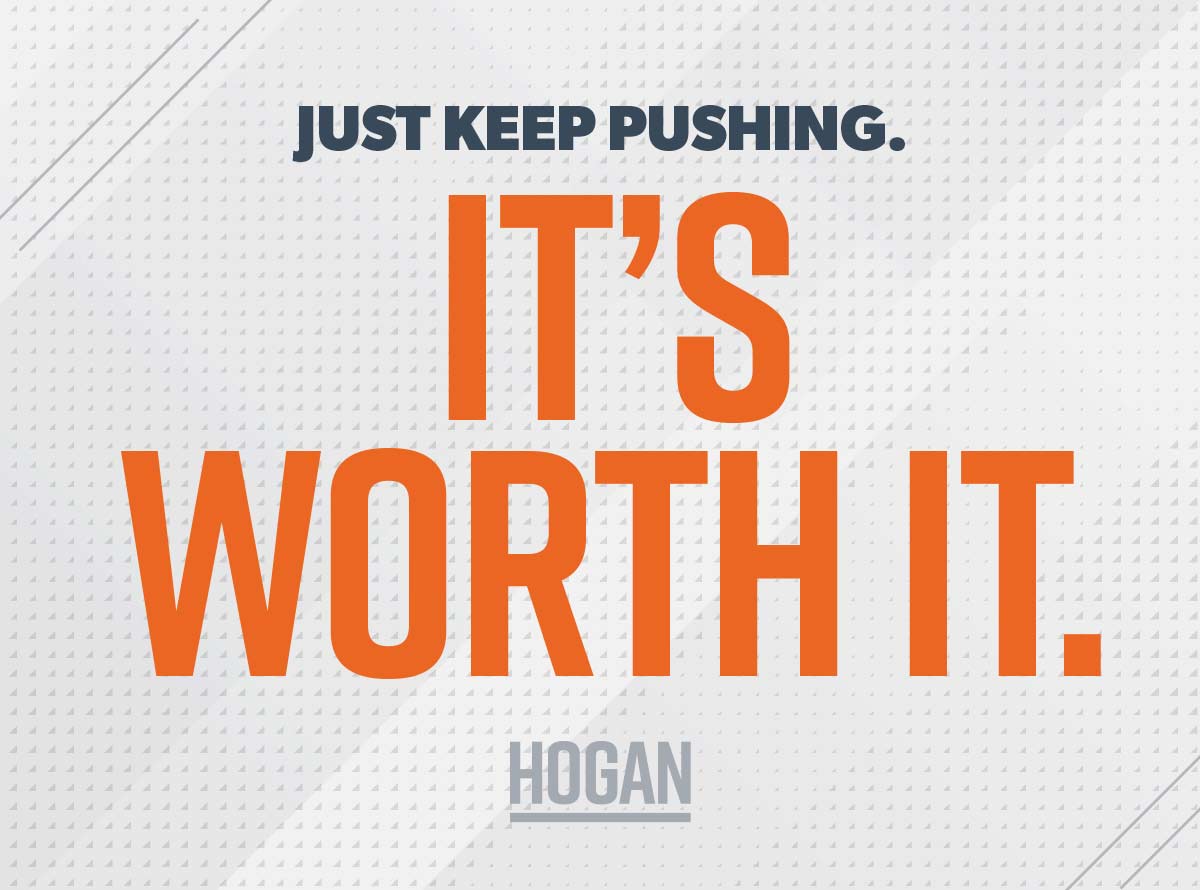 I hope you’ve been inspired by Kasey and Noah’s story!

They are a fantastic example of what you can do when you’re focused and disciplined. You have to find your why. Maybe you want to leave a legacy for your kids, or be more generous with your money, or call the shots on how you spend your time. No matter your motivation, people who pay off their house early are the kind of people who don’t make excuses. They make progress.

How to Pay Off The Mortgage Early

What is your monthly mortgage payment? Think of the exact amount.

Now that you’ve got that number in your head, I want you to ask yourself this question: What else could you be doing with those hundreds of dollars every month? What if you invested them? Or saved for your kid’s college? Or went on a dream vacation?

Investing 101: How to Start Investing

Picture your life in 10 years. What do you want it to look like? How about in 20 or 30 years? No matter what dreams you have, the choices you make today have the power to set you up for financial security later on. That’s why I love coaching people on how to start investing!