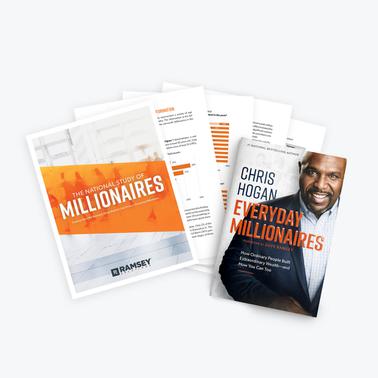 In Everyday Millionaires, #1 national best-selling author Chris Hogan will show you how ordinary people built extraordinary wealth—and how you can too. You’ll learn how millionaires live on less than they make, avoid debt, invest, and are disciplined and responsible! We’re releasing the full white paper for the National Study of Millionaires exclusively bundled with the book. Now you can take a deeper dive into the habits and strategies millionaires have in common.

Everyday Millionaires is based on the largest study ever conducted. We surveyed 10,000 U.S. millionaires—and the results will shock you! We’ve bundled the book together with the full comprehensive research so you can see a complete picture of who millionaires are and how they built their wealth. You’ll learn that building wealth has almost nothing to do with your income or your background! It doesn’t matter where you come from. It matters where you’re going.

Most people think it takes crazy investing knowledge, a giant salary, a streak of luck, or a huge inheritance to become a millionaire. But that couldn’t be further from the truth—and these statistics don’t lie! Here’s what you need to understand: If you’re willing to do the work—if you’ll follow our financial principles, if you’ll commit to our plan—then you can become a millionaire.

Testimonials From Millionaires We Studied:

"I am living proof that you can come from a poor family with terrible money habits growing up. But with education, hard work and an intentional plan, you can create wealth and change your family tree. I am a strong believer that you create your own destiny." — Al, $1.5 Million Net Worth

"I believe that perseverance, hard work and commitment lead to success. I got married as a teenager and have since raised a family, gone to college, chased my career around the U.S., and become successful. Our children and family recognize nothing was given to us and that the above traits will bring success. There is no such thing as good luck or bad luck—only good planning or poor planning." — Sue, $2.5 Million Net Worth

"I had $20 to my name at 23 years old in the early 1980s. My husband-to-be didn’t have much more. I never imagined we would become millionaires. Fortunately, I had an employer early on who provided comprehensive education about 401(k)s, and we started saving young." — Cathy, $2.6 Million Net Worth

You’ll learn the real truth about what it takes to become a millionaire:

MYTH: Wealthy people get lucky and make risky investments.
TRUTH: Consistency and discipline through investing in a company-sponsored 401(k) are how most millionaires made it.

MYTH: Wealthy people have high-level positions.
TRUTH: Most millionaires have regular jobs. Doctors and athletes did not make the top three professions of millionaires. 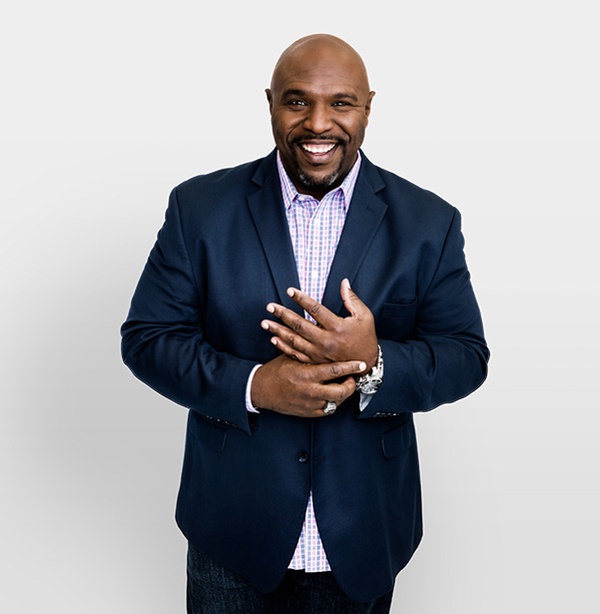 Chris Hogan is a two-time #1 national best-selling author, financial expert and host of The Chris Hogan Show. He is a frequent guest on Fox News, Fox Business, Yahoo! Finance and the Rachael Ray Show. Since 2005, Chris has served at Ramsey Solutions, where he gives practical money advice on retirement, investing and building wealth.

All physical products will be processed and ready to ship within two business days (often even faster). The total delivery time depends on the service you select and where your order is being delivered. You may see multiple shipping options to choose from during checkout. Our default choice will always be the most economical, but not necessarily the fastest.